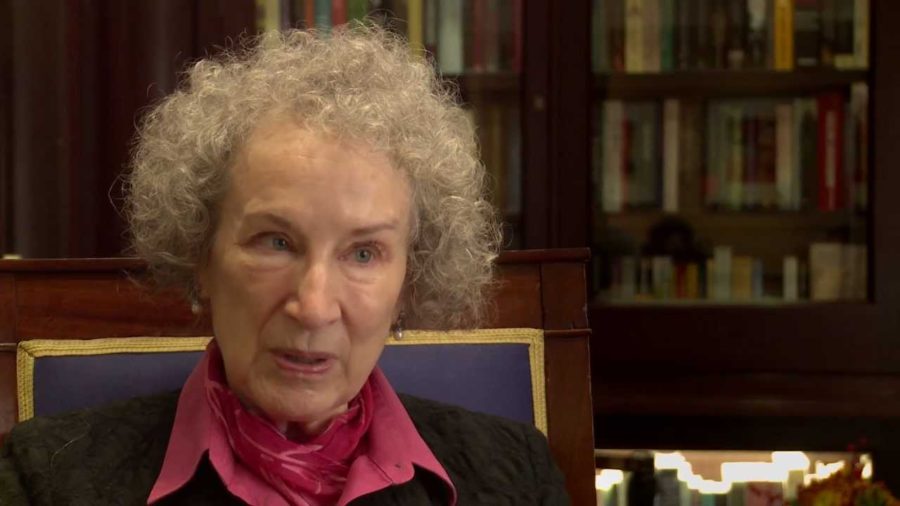 Margaret Atwood on Fiction, the Future, and the Environment

Eveline van der Ham: So you write about pos­si­ble futures?

Atwood: I write about prob­a­ble futures. [laughs] Possible and probable.

Van der Ham: How do you think we could change the world?

Atwood: We have already changed the world a lot, not always for the bet­ter. Some of it’s for the bet­ter, as far as we human beings are con­cerned. But every time we invent a new tech­nol­o­gy, we like to play with that tech­nol­o­gy, and we don’t always fore­see the con­se­quences. And every time we change the source of our ener­gy, we change our whole soci­ety and our whole set of val­ues. By which I mean that amongst hunter-gathers there was one set of val­ues, amongst agri­cul­tur­al­ists there was anoth­er set of val­ues. Amongst carbon-based fuel peo­ple, which we are at the moment, cheap ener­gy, there’s anoth­er set of val­ues, and we will now have to devel­op a fourth because we could not con­tin­ue burn­ing car­bon fuels at the rate we have been burn­ing them with­out killing ourselves.

Van der Ham: So do you see tech­nol­o­gy as a curse or a blessing?

Atwood: It’s always a double-edged sword. [laughs] Cuts both ways. You can’t say it’s a curse or a bless­ing, you have to look at each piece of tech­nol­o­gy, see what it accom­plish­es on the pos­i­tive side, and then what the side-effects are on the neg­a­tive side.

For instance, our abil­i­ty to dis­cov­er and invent has allowed us to open the biggest Pandora’s Box in the world, which is the abil­i­ty to cre­ate new bio­log­i­cal species. That can be a good thing: bet­ter pota­toes. It can be a bad thing: more destruc­tive microbes. So you can’t say good or bad with­out say­ing specif­i­cal­ly what.

The most impor­tant thing for the world as a whole is to main­tain the oxy­gen lev­el that allows us to live on land. And how are you going to do that? Well, first of all, you’ll have to avoid killing off the ocean. Because the blue-green algae in the ocean pro­duces 60–80% of the oxy­gen that we breathe. And the oxy­gen that we breathe was cre­at­ed by the blue-green algae 1.9 bil­lion years ago. Before that we did­n’t have oxy­gen in the air. So I’d say for the world as a whole, that would be num­ber one pri­or­i­ty. And then we can talk about the rest, as long as we know that we’re still going to be alive and that oth­er life forms on the plan­et will be alive, too.

How to Change the World?, the 2012 Nexus Conference event page