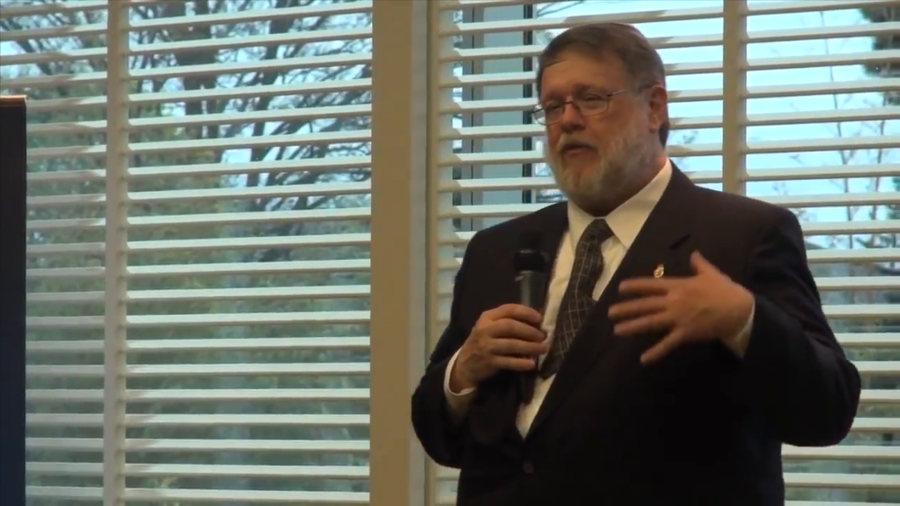 The email @-sign, all that busi­ness, sort of nev­er came to light until about 1994, at which point some­body asked ​“Where did email come from?” And I was asked that ques­tion, and I recalled hav­ing worked on it back in 1971. And although Len gave me cred­it for it in 1972, it was about three months before that that I actu­al­ly did the work.

Now, I’m often asked did I know what I was doing. And the answer is yeah, I knew exact­ly what I was doing. I just had no notion what­so­ev­er of what the ulti­mate impact would be. What I was doing was pro­vid­ing a way for peo­ple to com­mu­ni­cate with oth­er peo­ple. Computers com­mu­ni­cate with each oth­er all the time. They send bits. Nobody’s inter­est­ed in bits. No…ordinary peo­ple. I mean, peo­ple here in this group may actu­al­ly care about the bits. But the world’s pop­u­la­tion as a whole does not care about this. They care about their abil­i­ty to access infor­ma­tion and exchange information.

Now, I’ll come back to this in a moment. But the… I knew this was going to hap­pen to me. That’s why I made notes.

Audience Member: Did you email your­self your notes?

Tomlinson: Oh yeah, I did that. Yeah. Well, any­way. What I want­ed to say was that I actu­al­ly found out what I had done in about 1996. That was a cou­ple of years after the twenty-fifth anniver­sary the ARPANET, when there was a get-together and there was a lot of press cov­er­age, and the ear­ly days of the ARPANET came to light. And as a result of that I start­ed get­ting calls from reporters and oth­er peo­ple who had inter­est in pub­lish­ing some­thing or oth­er. And one of those peo­ple was a ref­er­ence librar­i­an from the National Institute of Standards and Technology, good old NIST in the US. And she was putting togeth­er a newslet­ter. She did a month­ly newslet­ter for the peo­ple she served in her group. And she want­ed to ask me ques­tions about email. She had heard about that and she want­ed some of the details.

So I com­mu­ni­cat­ed with her, by email of course, and I answered her ques­tions and she asked a few more ques­tions. And that was kind of the end of it. And I con­tin­ued work­ing at my job. At that point I was pret­ty much not work­ing on the under­sto­ry of the Internet. I was up there—I was a user. I was one of the peo­ple who com­plains all the time. And about six months after I’d had that exchange with her, I got this email. The sub­ject was ​“Thank you thank you thank you.” That’s when I knew what the Internet was about, because she was thank­ing me for hav­ing estab­lished a way in which she could com­mu­ni­cate with oth­er indi­vid­u­als who shared a prob­lem she had. She had a rel­a­tive who was ill with an ill­ness that [was] fair­ly rare and not a lot of peo­ple knew about it. But she found this group, email dis­cus­sion group, where they could exchange infor­ma­tion. So that’s what I did. Thank you.