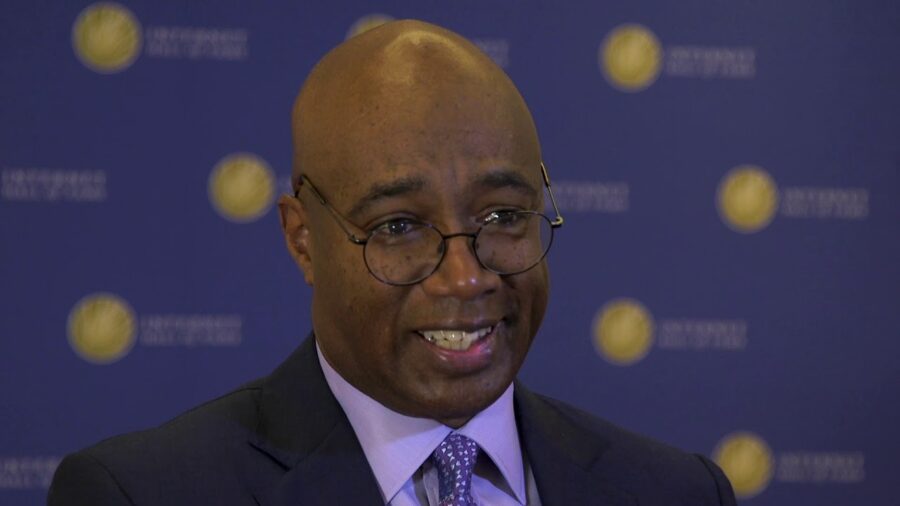 Hopes and Fears for the Future of the Internet: Larry Irving

Larry Irving: You know, I have a lot of fears about the Internet. I fear the loss of pri­va­cy. It is still seen by far too many peo­ple as the domain of oth­er than minori­ties, of oth­er than women, of oth­er than poor peo­ple, and it’s got to be about all of us. I fear that it is becom­ing a pay-to-play eth­ic, and the thing you’re going to be hav­ing to pay with is your pri­va­cy. I dis­like that a lot of com­pa­nies say, ​“Hey, we’ll give you free Internet, and all you have to do is let us know every­thing about you that we’re going to sell to some third par­ty.” That’s the main fear.

I have a fear that things like 5G are going to become a major prob­lem because they can exac­er­bate the divide. Now peo­ple are begin­ning to be min­i­mal­ly con­nect­ed, but if you have redlin­ing, dis­crim­i­na­tion, if we don’t invest in every com­mu­ni­ty, the haves will have even more, and have-nots get fur­ther behind globally.

I fear that the term that I helped made become famous, ​“dig­i­tal divide,” has become politi­cized. This par­tic­u­lar FCC now uses it to mean only rur­al. There are 5 mil­lion American house­holds that are rur­al house­sh­olds that have broad­band Internet. There are 15 mil­lion American urban house­holds that don’t have Internet. Yet all the focus at the FCC seems to be on those 5 mil­lion rur­al, and not on those urban and sub­ur­ban 15 mil­lion. That’s fear­ful— I don’t want to politi­cize the dig­i­tal divide, I want every American, every per­son on this planet.

I fear that we have 4 bil­lion people—so we’re halfway through the job, and that peo­ple think the job is done. No, there are 4 bil­lion peo­ple who aren’t con­nect­ed. Let’s fig­ure out ways to eco­nom­i­cal­ly, effi­cient­ly, and smart­ly con­nect those people.

Fear about all of those things, and I don’t know that there are enough peo­ple think­ing about ​’em and work­ing hard every day to get the work done we need to do—and to pull out the pol­i­tics. This is about humans. This is about mak­ing peo­ple health­i­er. It’s about mak­ing peo­ple smarter. It’s about keep­ing our social fab­ric. It’s about not destroy­ing our democ­ra­cies around the coun­try by using the Internet for nefar­i­ous pur­pos­es. You know, there are days I wake up and I read the news about what’s hap­pen­ing with the Internet, and some per­va­sive­ly, ugly prac­tices, and I won­der was I right to try to bridge this dig­i­tal divide.

I know I was, but you have to wor­ry when you see some of the things that hap­pen with— You know, the bul­ly­ing that hap­pens online. I mean I don’t want some poor kid, whether he’s a minor­i­ty, or she’s trans, or…whatever, or they’re poor, or they don’t have the right cloth­ing, to be pulled down.

But here’s what’s great about it. Every time I read a sto­ry that’s bad I see anoth­er sto­ry about peo­ple lift­ing up oth­er peo­ple to the Internet. There was a sto­ry a cou­ple of weeks ago but a Tennessee boy who did­n’t have the right clothes and kids were teas­ing him. He hap­pened be white. Two black kids gave their clothes to him so he’d look good— That sto­ry went online, and then thou­sands of peo­ple donat­ed mon­ey and clothes for oth­er kids like him and he start­ed a lit­tle move­ment so that kids won’t be teased and bul­lied on cloth­ing. That’s the Internet at its best.