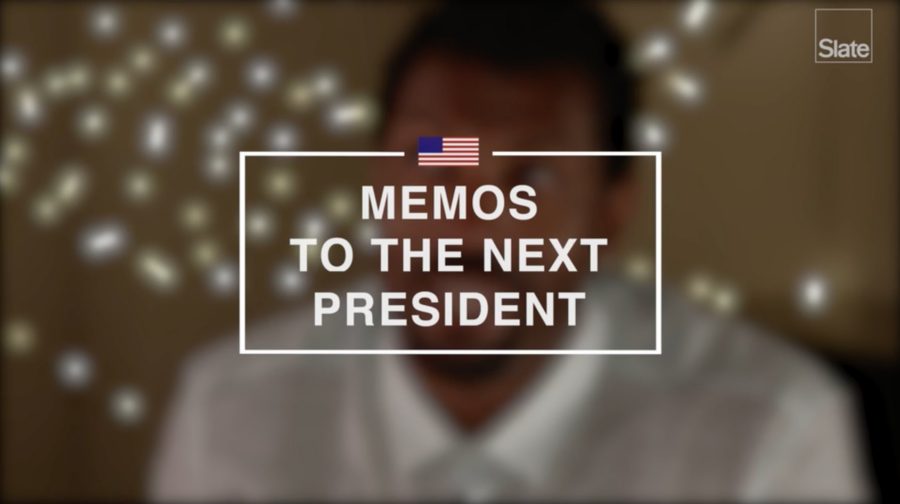 Deon Cole’s Advice for the Next President

presented by Deon Cole
in New America » Memos to 45: Advice for the Next President

Intertitle: Who should sing the nation­al anthem at the inauguration?

Intertitle: What is the one book the next President should read?

Intertitle: What is the most press­ing issue in America today?

Cole: Guns. That’s it. Guns. Like…guns. Either no one has them, or give them to every­body. Because in Indiana, every­body got guns, and ain’t a lot of peo­ple get­ting shot in Indiana.

And then the type of guns that’s out there. Like, it’s not nec­es­sary for a machine gun to be able to be pur­chased. What is that for? How do you even have those in stores, and know that they in stores every­where. You know they’re there. Why don’t you just go take ​’em? Y’all busy raid­ing peo­ple sell­ing weed in they house and tak­ing ounces of weed from them. You raid­ing these peo­ple sell­ing pounds of weed and arrest­ing them, but you ride by six, sev­en stores, they’re sell­ing AK-47s. That’s crazy to me. Raid those shops that sell those guns, and just add more weed in every­body’s life. More weed.