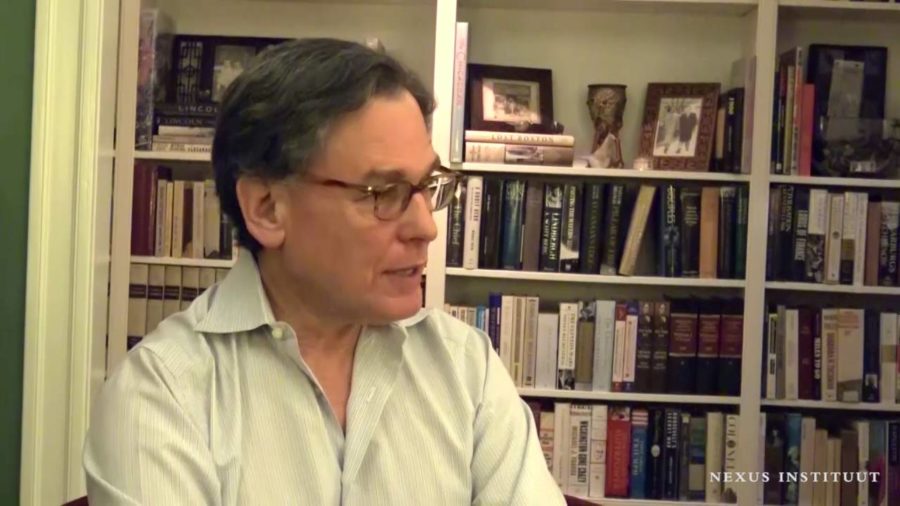 Is the USA the world’s last best hope?

Interviewer: President Lincoln also said at that time, America is the last best hope on earth. Would he repeat it now? And, would you repeat it?

Sidney Blumenthal: Lincoln spoke of the United States as the last best hope on Earth because the United States was the last, and only, and first, suc­cess­ful Democratic Republic in the world. Europe in his time, in Lincoln’s time, was a con­ti­nent in which demo­c­ra­t­ic rev­o­lu­tions had been sup­pressed after the spring­time of nations in the Revolutions of 1848. The United States stood alone.

And then the Civil War pre­sent­ed a great test. And if the United States were to suc­ceed, it would be the last best hope as the exam­ple of lib­er­al­ism to the rest of the world.

It was not an acci­dent that it was the gift of the French peo­ple to the United States of the Statue of Liberty that now stands in New York har­bor, which is a stat­ue that was giv­en to rep­re­sent the vic­to­ry in the Civil War. That stat­ue holds the Declaration of Independence in one arm, which pro­claims that all men are cre­at­ed equal. And at its feet are the bro­ken chains of slavery.