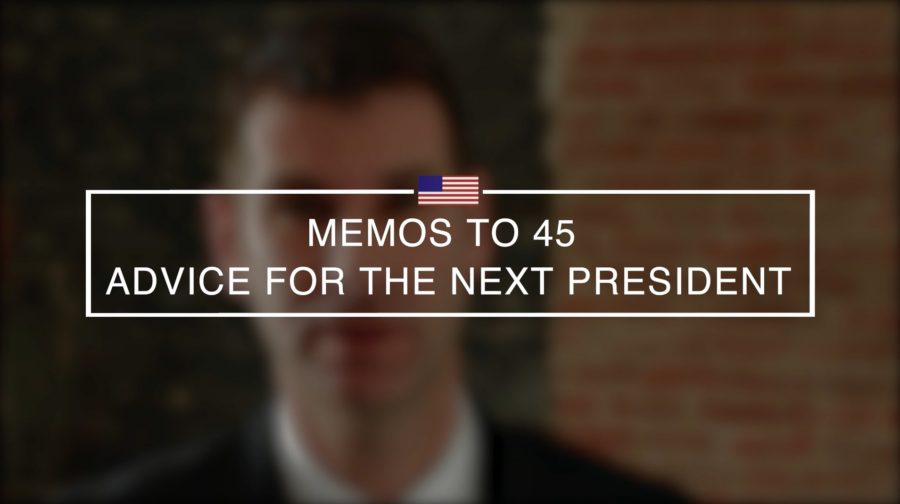 Peter W. Singer’s Advice for the Next President

presented by Peter W. Singer
in New America » Memos to 45: Advice for the Next President

Intertitle: Which non-politician should the next President call every month to pro­vide outside-the-beltway perspective?

Peter W. Singer: If I had to sug­gest one per­son for the next President to meet with reg­u­lar­ly who’s not a politi­cian, from out­side DC, it’d be Jon Stewart. Now, hear me out on this. There’s no one out there in the cur­rent media land­scape who’s respect­ed in the same way that maybe in the past a Dan rather or a Peter Jennings might have been.

Jon Stewart’s real­ly one of the few who has that kind of stature, in part because he stepped away from it. He’s shown that he’s been will­ing to ask hard ques­tions, but also is viewed by the pub­lic in a way that’s con­sid­ered authen­tic. So, if I was the President, I’d approach Jon Stewart and say, ​“Okay, every six months let’s you and I sit down. Let’s have a thirty-minute con­ver­sa­tion. It’s going to be taped. You can ask any ques­tions that you want. That’s the deal.” And in turn, all of us will be linked to this con­ver­sa­tion in a way that would­n’t hap­pen otherwise.

Intertitle: What job should the next President do for a day to under­stand the nation better?

Singer: If I had to sug­gest one job for the next President to do for a day, it would be to take on the role of a mil­i­tary spouse whose wife has deployed abroad. There’s two rea­sons for this. The first is that next President will make a deci­sion to deploy American mil­i­tary forces some­where. The sec­ond is that we are in an age where American fam­i­lies are redefin­ing their roles. And yet we had a can­di­date from a major polit­i­cal par­ty say that if a hus­band changes dia­pers, they’re tak­ing on the wife’s job. I think that’s absurd. So, I would like to see the President take on that role and see how guess what, hus­bands like myself, now do change dia­pers. It’s part of our role in the 21st century.