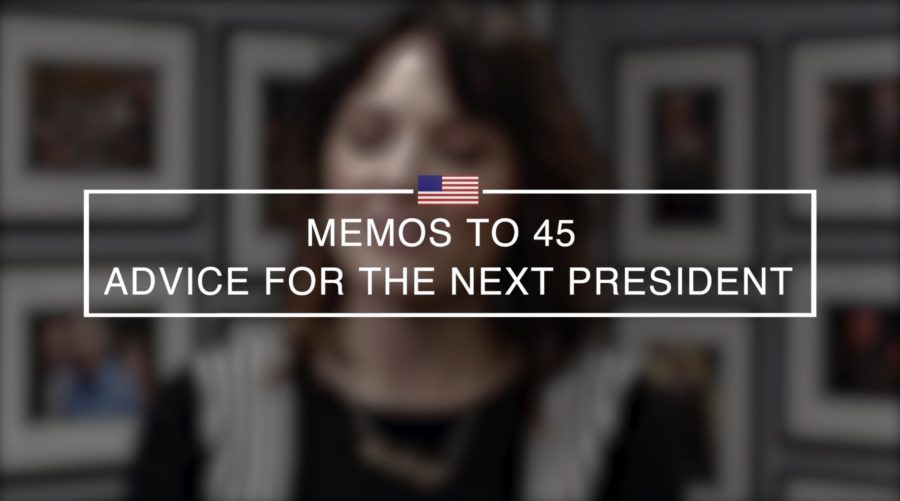 Jen Kirkman’s Advice for the Next President

presented by Jen Kirkman
in New America » Memos to 45: Advice for the Next President

Intertitle: Whose por­trait should the next President hang in the Oval Office?

Jen Kirkman: The next pres­i­dent should have a por­trait of Shirley Chisholm in their office, because she was the first African-American woman—and only—to run for President, and she ran against Nixon. And that’s the kind of President we need, and we need her over­see­ing every­body and mak­ing sure that they keep her atti­tude in mind.

Intertitle: Which non-politician should the next President call every month to pro­vide outside-the-beltway perspective?

Kirkman: Whoever the next President is, the non-politician that they should call once in awhile to get per­spec­tive from is Howard Stern. I lis­ten to his show every day, and he’s got great ideas. For him, it’s all about fix­ing the infra­struc­ture of this coun­try, and that’s how you put peo­ple back to work. He’s a huge advo­cate of Planned Parenthood and wom­en’s rights. Call Howard Stern. He knows what to—or just lis­ten to him. Just turn on the radio. But you can call him, too, I think.