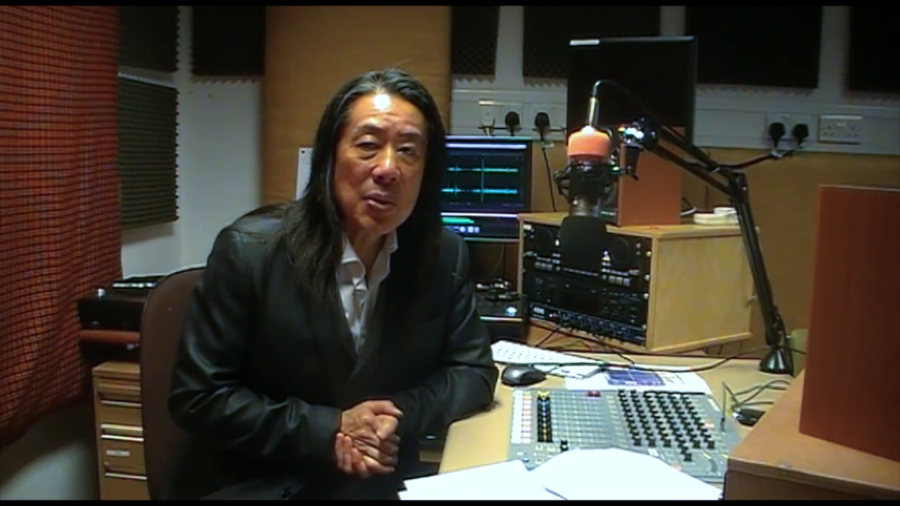 Religion and World Politics part 6
The Advent of Al-Qaeda

Stephen Chan: We’re going to be talk­ing about some­thing that has a lot of romance to it, but at the same time was the har­bin­ger of a ter­ri­ble turn in his­tor­i­cal events that went on to reconfigure—some would say disfigure—the lat­ter part of the 20th cen­tu­ry, into the 21st cen­tu­ry. And this is what hap­pened in Afghanistan.

Our tale begins in Afghanistan with the Soviet inva­sion in 1979. This came out of a blue sky, mil­i­tary speak for there were no clouds, there were no warn­ings. But sud­den­ly the Soviets invad­ed the coun­try in sup­port of a Soviet-inclined gov­ern­ment. But a gov­ern­ment which aroused huge resent­ments and resis­tance on the part of many many peo­ple in Afghanistan.

The United States was very very swift to cap­i­tal­ize on this and sent a very great deal of mil­i­tary sup­port through Saudi Arabia, using both US and Saudi funds, to finance what were called the Mujahideen (the trib­al resis­tance) against the Soviet occu­pa­tion. And this played very much into the hands of the secret arrange­ment that had been arrived at with­in Saudi Arabia itself after the siege of Mecca in 1979. It was as if the Soviet inva­sion of Afghanistan in the same year was a god­send, a lit­er­al god­send, to the rulers of Saudi Arabia and to the pact that they had made with the con­ser­v­a­tive cler­i­cal leaders.

And one of those who imme­di­ate­ly became involved in the very same year, 1979, was Osama bin Laden. He made his very first vis­it to Afghanistan in that year, fought on the side of the Mujahideen, and poured a lot of his own mon­ey into the resis­tance against the Soviets. He did­n’t stay in Afghanistan at that point in time. He went off to foment rev­o­lu­tion in oth­er parts of the world, par­tic­u­lar­ly in Sudan, and gained a very great deal of expe­ri­ence in how he want­ed to con­duct a new form of asym­met­ric war­fare. Along the way he estab­lished what was called the Al-Qaeda front. This was meant to be a fortress, a foun­da­tion for inter­na­tion­al rev­o­lu­tion of an Islamic nature.

Events took him back to Afghanistan. And this was because of fer­ment with­in Afghanistan itself after the defeat of the Soviets. They with­drew in 1989. The fall of the Berlin Wall meant a retrac­tion of Soviet influ­ence around the world—it meant not only reform with­in what is now Russia but a pulling in of the horns of Russian expan­sion­ism. They pulled out of Afghanistan, nev­er hav­ing been able to defeat the Mujahideen. But the Mujahideen them­selves had by this stage become cor­rupt. Flush with arms and mon­ey from both the Saudis, and from the United States chan­neled through Pakistan, they became a law­less force, and they exer­cised this law­less­ness upon the local population.

Mullah Omar, a vil­lage cler­ic in Kandahar, some­one who’d been wound­ed four times and lost an eye in the bat­tles against the Soviets, was exer­cis­ing his voca­tion as a vil­lage priest when he was called upon by dis­traught par­ents to try to res­cue their two daugh­ters who had been kid­napped by a rapa­cious war­lord leader. And Mullah Omar, inspired by a dream in which a woman asked him to help, launched an attack. A very very light­ly armed, almost sui­cide attack against the bar­racks of the war­lord. Overcame the war­lord’s armed forces. And hung the war­lord. It was an attack against all odds. The chances of suc­cess were so min­i­mal that when the was suc­cess­ful, Mullah Omar became a legend.

The peo­ple he had help­ing him launch the attack on the war­lord’s bar­racks were talebs, the­ol­o­gy stu­dents, thus the advent of the Taliban. The Taliban rose up as a force—a cleans­ing force—against cor­rup­tion. And all of a sud­den, Afghanistan was very very short­ly in their hands. They launched an attack against the cap­i­tal city Kabul. By this stage, they were receiv­ing help from Osama bin laden. And Osama bin Laden, who had now returned to Afghanistan, brought with him the mon­ey and the equip­ment for a suc­cess­ful assault on the cap­i­tal city itself. Notwithstanding the fact that the cap­i­tal city at that point in time was in the hands of a war­lord with actu­al pro­gres­sive atti­tudes, par­tic­u­lar­ly towards women, he was actu­al­ly seen as anoth­er mem­ber of a cor­rupt fra­ter­ni­ty, and he was defeat­ed and dri­ven out.

The Taliban were a domes­tic reform­ing group. They want­ed to cleanse soci­ety. They were rev­o­lu­tion­ary in the sense they want­ed to have an Islamic order rather than a sec­u­lar state. But they had no inter­na­tion­al pol­i­cy. It was the fusion at this point in time of the Taliban with Osama bin Laden’s Al-Qaeda which led to an inter­na­tion­al pol­i­cy, which led in turn to the assault on New York, the 9‍/‍11 attacks. That was in 2001, and the American response imme­di­ate­ly was an attack upon Afghanistan itself.

This was almost a delib­er­ate pol­i­cy on the part of Osama bin Laden’s Al-Qaeda. They want­ed to pro­voke the United States into a war against Islam—not just one Islamic coun­try but against many Islamic coun­tries so that the spread of mil­i­tary action against oth­er Islamically-inclined states, or states with Islamic pop­u­la­tions in the wake of Afghanistan, was almost a god­send to the plans of Al-Qaeda. The result was that, as they planned, to have local resis­tance forces spring­ing up against ene­my invasion—Western inva­sion. That this would expand from coun­try to coun­try, and that recruits would come from many coun­tries to fight against the Western invaders.

In time there would be a con­ver­sion to an ide­ol­o­gy that was sym­pa­thet­ic to Al-Qaeda, that would become glob­al. And this would be a glob­al jihad that could then be mobi­lized against the United States, which in the same moment of his­to­ry would also suc­cumb to its own eco­nom­ic con­tra­dic­tions and be unable to resist an onslaught of an asym­met­ric sort on all fronts. It was almost as if Osama and his lieu­tenants and those in Al-Qaeda were read­ing a future that has been in many ways enact­ed, and which is still being enact­ed, albeit with the decline of Al-Qaeda in today’s inter­na­tion­al pol­i­tics. But it’s sup­plant­i­ng by forces even more rad­i­cal and even more sin­is­ter and determined.