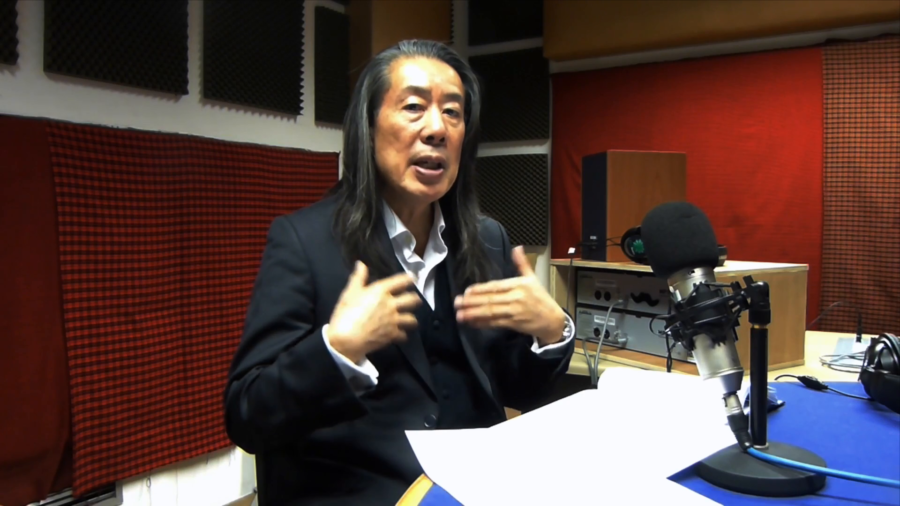 Stephen Chan: If the 1979 Iranian rev­o­lu­tion was a turn­ing point in late 20th cen­tu­ry his­to­ry, what fol­lowed set the scene for a series of betray­als and revivals of the sort that the Western world could not have envis­aged. The spon­sor­ing of Saddam Hussein using Saudi mon­ey to make war on the new Iranian regime, a war which took part in the 1980s, was some­thing which would come back to haunt both the Western for­eign pol­i­cy but also the poli­cies and the domes­tic sta­bil­i­ty of the entire Middle Eastern region.

But the Western world was dis­tract­ed from the pos­si­bil­i­ty of those con­se­quences, because of course in 1989 the Berlin Wall came down. The end of com­mu­nism was declared. And peo­ple like Francis Fukuyama wrote lengthy, copi­ous tomes about the end of his­to­ry. History had ful­filled itself. History had reached its own apoth­e­o­sis. History had come to its end because of the tri­umph of the lib­er­al cap­i­tal­ist sys­tem, which was always the inten­tion of history.

There was a tri­umphal­ism in the air that was added to by this kind of qua­si­philo­soph­i­cal maun­der­ing, which gave a sense of com­fort, a sense of sta­bil­i­ty, to for­eign pol­i­cy­mak­ers, who took their eye off what might hap­pen. And in fact the mis­take that Saddam Hussein made after hav­ing been used and mak­ing him­self think that he was an ally of the Americans—the mis­take he made in invad­ing Kuwait—and the vic­to­ry of the allied forces over Saddam Hussein, dri­ving him out of Kuwait (Desert Storm—one of the great mil­i­tary vic­to­ries as it was called at that point in time), that only added to the sense of tri­umphal­ism. Not only had com­mu­nism fall­en in Europe, but mil­i­tary might orga­nized around the United States and its own armored forces could over­come any obsta­cle any­where in the world, includ­ing in the Middle East.

Out of a desert, out of a bleak desert, we have roman­tic images of the bleak desert. And we think very very much these days of the desert being both bleak but also appalling­ly rich. The Saudis in par­tic­u­lar were anx­ious that Saddam Hussein be dri­ven out of Kuwait. They did­n’t want to have a rival hege­mon­ic pow­er right next door exer­cis­ing such close con­trol over the bor­ders with Saudi Arabia and over the oil fields of Kuwait.

But what we tend to for­get is that when Saudi Arabia final­ly achieved some degree of inde­pen­dent sta­bil­i­ty of its own after the fall of the Ottoman Empire and after a very great deal of internecine strife with­in what we now call Saudi Arabia, it was one of the world’s five poor­est coun­tries. It was so poor that nobody thought it was going to be impor­tant in the future. The war that Lawrence of Arabia had hoped to fight for the Allies against the Ottomans in World War I was regard­ed as a sideshow. Oil was only dis­cov­ered in 1938. But when oil was dis­cov­ered, of course, as we’ve seen from his­to­ry since then, it trans­formed the for­tunes not only of Saudi Arabia but the House of Saud.

Now, the house of Saud did not always rule over the region. The his­to­ry of the House of Saud com­ing to pow­er is a vexed one of alliances, betray­als, bat­tles, and a final, very uneasy rec­on­cil­i­a­tion which is still felt in terms of its con­se­quences around the world today. In 1744, the ances­tors of the cur­rent House of Saud and a rad­i­cal preach­er from the desert called Wahhab formed an alliance against the gov­ern­ing pow­ers of the great cities of Mecca and Medina. And togeth­er the preacher—who was an ide­o­logue, some­one who spoke for a very strict form of Islam, and the house of Saud—one of the war­ring tribes of the desert, wish­ing to attain total pow­er in the region… It was as it were unholy alliance. But they drove all before them. And then for many years after­wards, this alliance became uneasy. They fought. They slaugh­tered each oth­er. Basically it was a his­to­ry of decep­tion and betray­al, and entire armies were put to the sword in the cause of the strug­gle for power.

The tri­umph of the House of Saud, aid­ed and abet­ted by the lat­er dis­cov­ery of oil, and the enrich­ment of the House of Saud, then demar­cat­ed our mod­ern knowl­edge of Saudi Arabia. It made a spe­cial point of becom­ing an ally with the United States, using its new­found oil wealth as lever­age to ensure friend­ship. But in the process, the House of Saud also became close­ly asso­ci­at­ed with opu­lence, a prince­ly oli­garchy; some­thing which was far removed from its desert origins.

And Wahhabism, despite all of the treach­eries and bat­tles and slaugh­ters of the years gone by had not died. And so what you had, curi­ous­ly in Saudi Arabia itself in 1972, was a back­lash. The back­lash was the begin­ning of the orga­ni­za­tion of Wahhabi resis­tance to the House of Saud, and it came to full vis­i­bil­i­ty in 1979 when Wahhabi mil­i­tants seized the Grand Mosque in Mecca. This was at the time of pil­grim­age. It was at the time when the world’s atten­tion, par­tic­u­lar­ly the Islamic world’s atten­tion, was focused on Mecca under­neath the con­trol of the House of Saud, and sud­den­ly the holy place was seized and the site of great battle.

A caliphate, a Mahdi, all of these things were declared by the insur­gents. The Saudi forces could not dis­lodge them, despite repeat­ed attempts. And what hap­pened after­wards is the site of great con­tro­ver­sy. Some accounts have the French Foreign Legion, spe­cial forces from the Legion brought in to clear the Grand Mosque. Whether that’s true or not is not clear. But leg­end has it that they were con­vert­ed to Islam in a for­mal sense, so they could set foot on the holy place and basi­cal­ly begin the act of cleans­ing the bloodshed.

Other reports have it that the Pakistanis sent their spe­cial forces, and they put the work of clear­ing out the insur­gents. Others, that final­ly the CIA had to be brought in to do the job. But there were hun­dreds of insur­gents. They fought very well. They knew the holy place. They knew the tun­nel com­plex­es under­neath the mosque. They had clear­ly been well trained, the plan­ning had been very very intri­cate, and they were extreme­ly well armed, and they were more than a match for the local Saudi elite forces.

There had been great sup­port from rich peo­ple, mem­bers off the House of Saud itself, for what was meant to be a spar­tan, desert-based, puri­tan­i­cal and fun­da­men­tal­ist approach to Islam, as if even with­in the body politic of Saudi Arabia there was the sense that it was time for a renewal.

After the recap­ture of the mosque, after the clear­ing out of the insur­gents and their sub­se­quent exe­cu­tion, it is thought that an arrange­ment had to be made behind the scenes between the Saudi princes and those who were very much swayed by the ide­ol­o­gy of Wahhab. And that com­pro­mise was what saw put into place very very con­ser­v­a­tive domes­tic gov­er­nance. The extreme reluc­tance to give any mea­sure of free­dom to women, for instance. The con­tin­ued insis­tence on very very strict Islamic cus­tom in all walks of life. Even the wear­ing of tra­di­tion­al cos­tume by both men and women, despite opu­lent sur­round­ings. All of these are meant to be vis­i­ble signs of an affil­i­a­tion to some­thing which could be, even if remote­ly, iden­ti­fied as Wahhabist.

But part of the com­pro­mise was also meant to be an allowance in terms of for­eign pol­i­cy that the offi­cial Saudi state would turn a blind eye to rich Wahhabists financ­ing insur­rec­tion over­seas in the name of Islam, and a par­tic­u­lar form of strict Wahhabist Islam. What you’re look­ing at here is a Wahhabism which did­n’t just come from the desert sands. It locat­ed itself there because of strug­gle over many hun­dreds of years in the Islamic com­mu­ni­ty. It was pre­served in the desert and sprang to life again to become a world force.

Exactly what this world force means we’ll dis­cuss in lat­er lec­tures. But what it means for the Western world, for the United States in treat­ing Saudi Arabia as an ally is that in terms of the Westphalian state, in terms of Western val­ues, the West is here play­ing with fire.