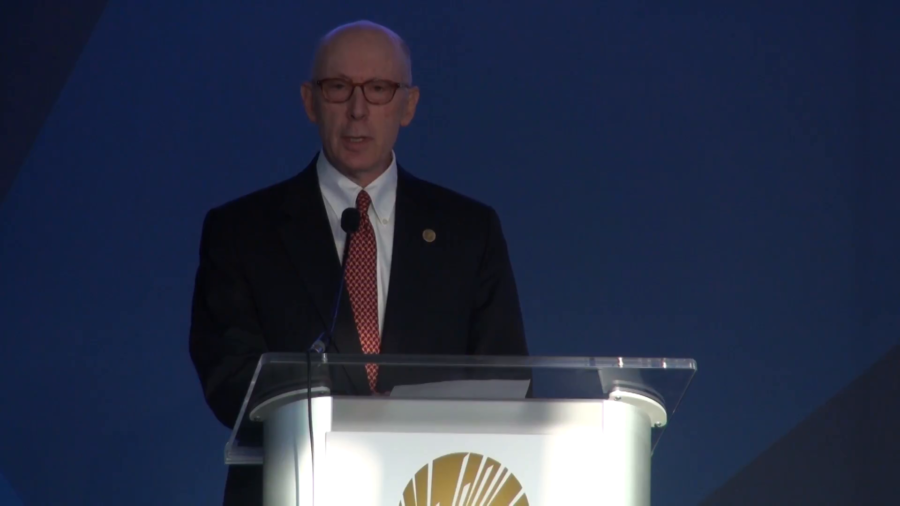 Ira Fuchs: Thank you very much. I’m absolute­ly delight­ed to be here on this, the twenty-fifth anniver­sary of the found­ing of the Internet Society. This month also marks the thirty-sixth anniver­sary of the found­ing of BITNET. So, thank you to the Internet Society for remem­ber­ing a bit of Internet his­to­ry that might oth­er­wise be over­looked. Heretofore the most notable recog­ni­tion giv­en to BITNET was when the Oxford English Dictionary, the OED decid­ed that BITNET was a word and added it to the dictionary.

People have asked me, ​“Why did you cre­ate BITNET?” Well, the truth­ful answer is I was envi­ous of ARPANET users. They had access to the most excit­ing tech­nol­o­gy at the time. But ARPANET, as you know, was only avail­able to a rel­a­tive­ly small group of devel­op­ers and researchers. And we did­n’t know if it would ever be made avail­able to oth­ers. I want­ed to find a way to pro­vide at least some of the core ARPANET services—email, file trans­fer, and inter­ac­tive messaging—to a much larg­er group that includ­ed fac­ul­ty and stu­dents, in all dis­ci­plines, at every col­lege and uni­ver­si­ty in the world.

I need­ed a path, though, that did­n’t require a lot of technology—new technology—to be devel­oped. And I decid­ed not to seek gov­ern­ment sup­port. So I mod­eled the net­work after VNET, IBM’s then-corporate net­work, that was the largest glob­al net­work in the world at the time. They had over twelve hun­dred nodes through­out the plan­et. And IBM’s glob­al net­work cor­po­rate net­work uti­lized IBM’s RSCS net­work­ing software.

And I asked my col­league, Grey Freemen at Yale, if he would be will­ing to con­nect Yale to City University of New York where I was, as a start. And he liked the idea. So we con­nect­ed our insti­tu­tions with 9,600-baud leased lines, and we named the net­work BITNET—originally ​“Because It’s There,” and lat­er ​“Because It’s Time” Network.

And then I invit­ed thirty-four col­leges and uni­ver­si­ties to join our fledg­ling enter­prise. Now, since many of those schools, maybe even all of them, were using IBM main­frames, it meant they already had what was need­ed to join. And as a result, it grew very quick­ly. Within a year or so, we were able to show suc­cess in the United States. Which led to IBM offer­ing to sup­port a European back­bone by con­nect­ing City University of New York direct­ly to Rome, and fund­ing the inter-coun­try links lead­ing to the birth of EARN, the European Academic Research Network.

With IBM’s help, and the work of many peo­ple in the coun­tries served, we were able to con­nect schol­ars in most of Western Europe, Japan, Taiwan, Israel, South America. And we were the first to con­nect Russia. And at its peak, BITNET had forty-nine coun­tries connected.

BITNET had oth­er firsts. BITNET had the first exten­sive and highly-successful list­serve ser­vice. Unfortunately BITNET also had the first widely-disruptive worm, the ​“Christmas Tree EXEC,” which was launched by a German stu­dent in 1987 and which man­aged with­in a very short peri­od, min­utes, to bring down all of BITNET, EARN, and the IBM cor­po­rate net­work. [laugh­ter]

BITNET’s main lega­cy was that it gave schools, I think, the ini­tial moti­va­tion to wire their cam­pus­es and begin using elec­tron­ic com­mu­ni­ca­tion, to share research and ideas with their col­leagues through­out the world. And it cre­at­ed, I think, a set of expec­ta­tions regard­ing open­ness and acces­si­bil­i­ty that con­tin­ue to this day. In effect, BITNET end­ed up being an almost decade-long warm-up act for the Internet, a fact that would prob­a­bly be for­got­ten were it not for the Internet Society. So thank you very much.