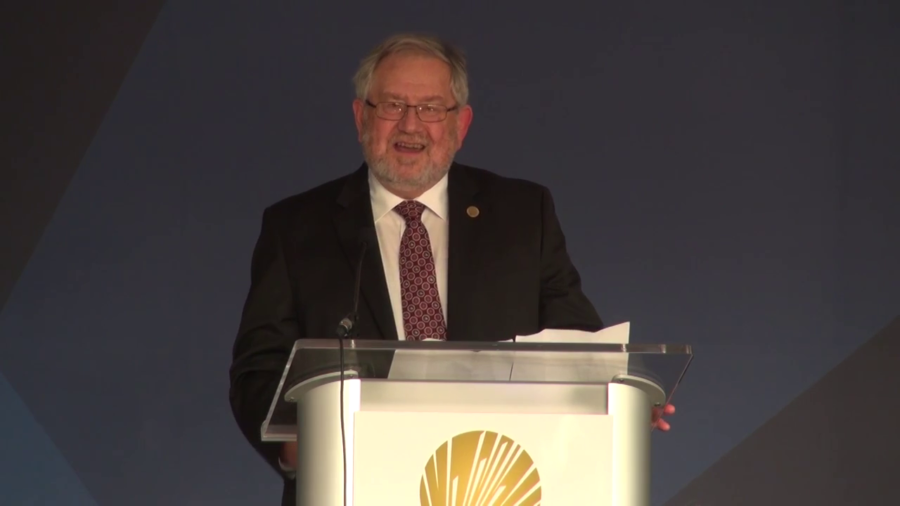 But prob­a­bly more than that, the impor­tant thing was we picked the right tech­nol­o­gy, IP. We were a group of expe­ri­enced soft­ware peo­ple at the National Center for Supercomputing Applications at the University of Illinois. And we were charged with learn­ing net­work­ing and con­nect­ing that super­com­put­er to the rest of the world. We picked IP because it was open, it worked, and had a par­tic­i­pa­to­ry devel­op­ment path.

We did­n’t know at that time that Dennis Jennings was look­ing for a group who was too naïve to know it was hard to built a nation­wide 56-kilobit net­work to con­nect the super­com­put­er cen­ters togeth­er and then go on to tie them to the emerg­ing research net­works. He picked us to head the effort, and thanks to a lot of help from the cen­ters, the region­al net­work­ing staffs, and the net­work­ing research com­mu­ni­ty, we built a net­work which sur­vived for eigh­teen months before its replace­ment T1 net­work came into to production.

Part of the orig­i­nal NSFNET grant was to facil­i­tate the fledg­ling com­mu­ni­ty in con­nect­ing to and using the Internet. There is an obvi­ous catch-22 here as the only way to get doc­u­men­ta­tion about the Internet was…to down­load it from the ARPANET Network Information Center. And so if you could get con­nect­ed you could get the doc­u­men­ta­tion about how to get connected.

Therefore I wrote the Hitchhiker’s Guide to the Internet. It was a thirty-page guide doc­u­ment­ing prob­a­bly every­thing I knew about the Internet at the time and released it to the com­mu­ni­ty. And it by the way was then prompt­ly named RFC 1118 and put up on the NIC with all the rest of the documentation.

This led me down the path to being solicit­ed to write a book for O’Reilly which includ­ed not only how to use the Internet but cat­a­log a thou­sand sites where infor­ma­tion could be found. The book hit the shelves about the same time as the Internet was dis­cov­ered by the pub­lic, so sud­den­ly I spent a year teach­ing whomev­er want­ed to know ​“what is the Internet.”

Anyway I’d like to thank the Internet Society and the com­mu­ni­ty for this hon­or. And I’d like to acknowl­edge the help of U of I cowork­ers Charlie Klein and Ross Veitch who did a lot of the real work and allowed me to do the fun stuff and be stand­ing here today. And I have to add that Charlie Klein… Getting back to Yvonne’s talk about CU-SeeMe, Charlie Klein, to show it’s a small com­mu­ni­ty, wrote the audio por­tion of CU-SeeMe. So he was actu­al­ly part of your Yvonne’s suc­cess­es in this area as well. Thank you very much.