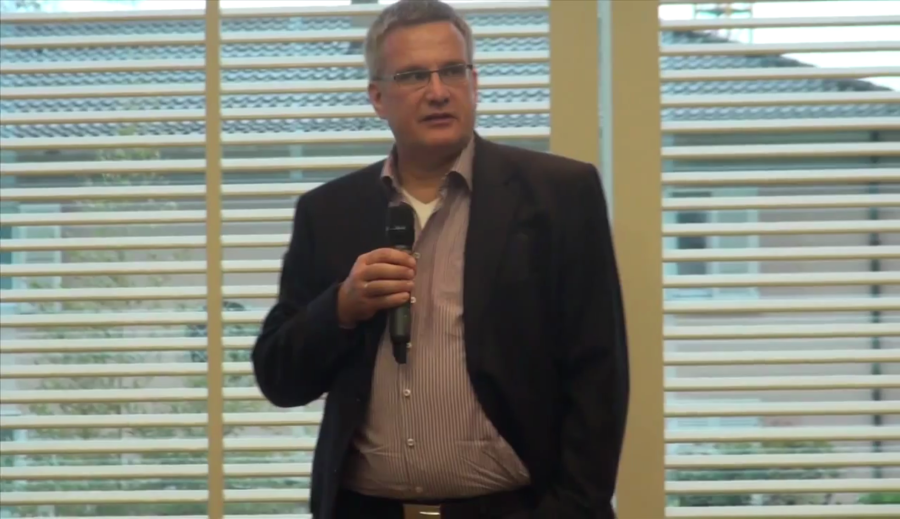 It’s actu­al­ly amaz­ing to be here because in 1992, to be pre­cise in April 1992, I had a plan. And that plan was to set up the first region­al Internet reg­istry, and in April 1993 to be done with the Internet and move on to the next inter­est­ing thing. And that was a real­ly firm plan. You can ask my wife.

And then this thing took off. And I’ve been rid­ing the rock­et ever since. Well, maybe not in the last few years. But it def­i­nite­ly cap­ti­vat­ed me and was very reward­ing to do. And I real­ly like the idea of an Internet Hall of Fame because it gives the oppor­tu­ni­ty to rec­og­nize some of the peo­ple that Randy men­tioned and that oth­er peo­ple also have men­tioned that aren’t in the lime­light, before the his­to­ry books are writ­ten in stone. And I real­ly pledge to try and over the next cou­ple of years push a lit­tle bit to rec­og­nize the peo­ple who actu­al­ly built the Internet, at least in the area where I know about it. That’s over here in Western—in Europe in gen­er­al. And one thing I’d also like to do is thank the Internet Society staff. They’re doing a real good job in all sorts of areas, espe­cial­ly devel­op­ing the Internet, but also mak­ing awards like this pos­si­ble. So please, a round of applause for the Internet Society staff.