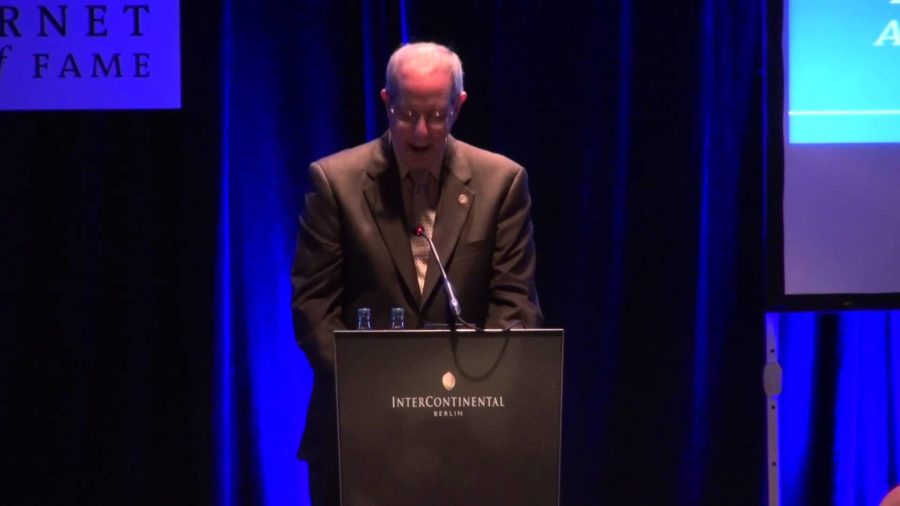 Well, along with Barry’s wife Ellen and his chil­dren Jason and Dierdre, and the rest of the fam­i­ly, of course, I’m just thrilled to be here on behalf of my broth­er. We also want to thank the Internet Society for allow­ing us to par­tic­i­pate in this just won­der­ful event.

Well, the fam­i­ly knew of Barry’s involve­ment with the Internet, but he was always so mat­ter of fact about it that we knew very lit­tle about the extent of his roles and con­tri­bu­tions. Jason told me before I left that he remem­bers Barry telling him, ​“Just make soci­ety a bet­ter place.” That was Barry. We now real­ize how pro­found a role he played in doing just that.

Barry had a remark­able abil­i­ty to bring togeth­er diverse peo­ple, orga­ni­za­tions, to help make deci­sions and the plans that became the Internet as we know it today. From what I’ve seen over the past cou­ple of days, the peo­ple in this room are pas­sion­ate and have no short­age of opin­ions about how to do that. So it must have been quite a challenge.

Well, it seems quite fit­ting and even iron­ic that his fam­i­ly should accept this award for him, since he much pre­ferred accom­plish­ment to any per­son­al recog­ni­tion. So with that in mind, I’m very very pleased to accept this hon­or for my broth­er Barry.