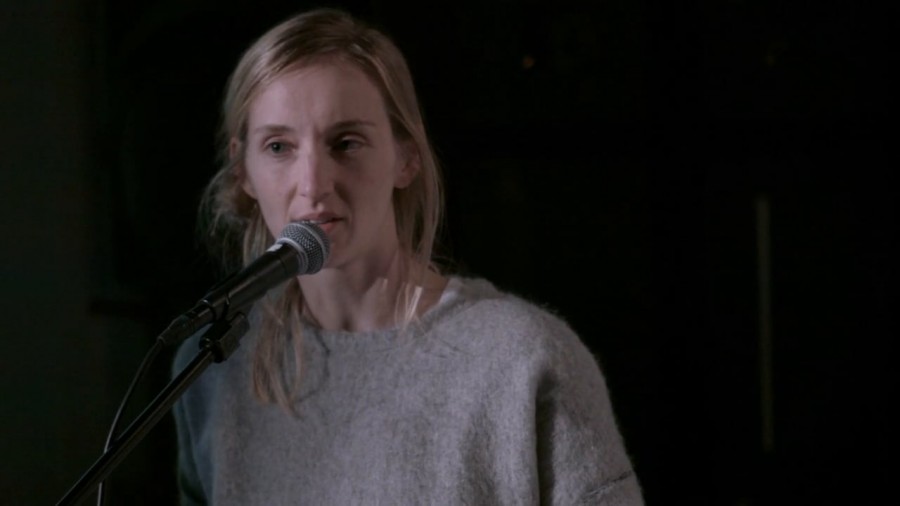 Normally I do an artist talk, but in research­ing this I decid­ed instead I was going to write you guys a let­ter. I have some friends who run this place called The School for Poetic Computation in New York, and Zach and Taeyoon do this some­times for talks, and I real­ly like the way it came out so I wrote you guys a let­ter kind of based off the ideas of where I’m com­ing from. If you want to see my work, it’s online.

So, dear every­one here,
I feel like a bit of a hyp­ocrite stand­ing up here. I have spent the last few weeks with anx­i­ety about how I need­ed to inspire a rev­o­lu­tion and a lec­ture that was twenty-two min­utes or less. About the same time I got real­ly bad food poi­son­ing while giv­ing a grad­u­ate work­shop on encryp­tion method­olo­gies and spent most of that week in the bath­room. As soon as I got bet­ter, I got sick again, fol­lowed by what I thought was ebo­la, prob­a­bly from my son’s kinder­garten because he refused to cov­er his mouth, and what was the week he decid­ed he would use his boogers as finger-paint on my face. 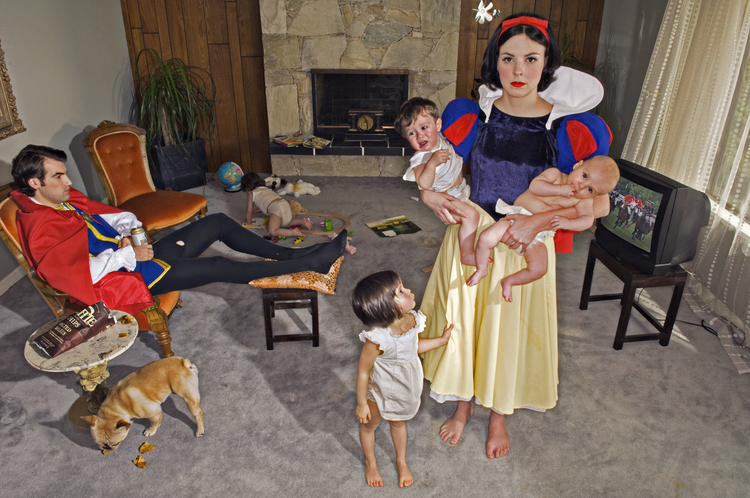 I tried to start research­ing what it was I was going to talk about in his­tor­i­cal con­text, only for life to inter­rupt. The dog would need to be walked. The door would ring and I would need to answer it. I would have to start all over again. As I tried again and I sat at my desk, the dog would bark at the old piz­za box, my son would want me to wipe his butt, and anoth­er trolling email would come in that hit me hard­er as usu­al. That day I took a Tylenol, I went to bed, and I cried from a mix­ture of what I guess was a fever, exhaus­tion, and real­iz­ing that in order to keep doing this I would need to grow super­pow­ers, if that was the way I was going to survive.

This is my life. It’s not real­ly where I imag­ined being at thirty-three, or what I thought thirty-three would look like. But then again I’m not sure what I thought it would be or even if I would still be alive by this age. As a fem­i­nist of what­ev­er wave we are now rid­ing, we were told we were giv­en it all with­out any real map of how to sur­vive it all. So we make lists, we do the laun­dry, we stay up late. We work two jobs, some­times three. We do not say no enough, or ask for help, or even to help me. We get up too ear­ly, we get not enough sleep, we learn to run in our heels. We swear off heels. We change dia­pers, and we change worlds. On a good day it feels like we’re swim­ming against the cur­rent. But on a real­ly bad day it feels like I’m slow­ly drowning.

So some­where about this time last year, Golan invit­ed me to return to the Studio and I was more or less where I am today, at the real­iza­tion that it’s not about equal rights, but how we as women think. How we teach and treat each oth­er. We have to reshape our own per­cep­tion of how we view our­selves. A good friend once gave me the advice that for every woman that sup­ports and men­tors you, sup­port three more women. The strug­gle at this moment for me is about com­ing to a new under­stand­ing of how things real­ly are. It’s not nec­es­sar­i­ly a bad thing. It’s about get­ting out of a fan­ta­sy. About expec­ta­tions ingrained by media, and see­ing the facts. As an artist and a tech­nol­o­gist, we have to fight against the pre­con­ceived notions and bias­es that as the Guerilla Girls so apt­ly stat­ed in the 90s, less than 3% of the artists in the Met are women, but over 85% of the nudes are female. We have a long way to go. 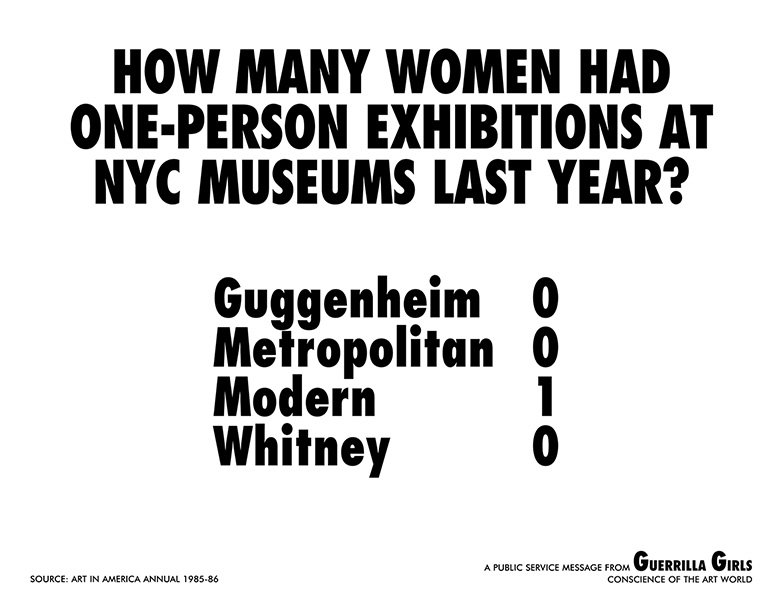 So flash for­ward, Michael Brown, an unarmed black teenag­er was shot and killed by Darren Wilson, a white police offi­cer. Eric Gardner, an unarmed black man was killed using an ille­gal choke hold. It was record­ed, it became viral, and the police­man was not indict­ed. As a reac­tion now, the police are get­ting body cams from Lockheed-Martin. ​“Trust us,” as the head of the NYPD said. Now Berkeley’s get­ting tear-gassed, and then we peace­ful­ly protest our [?] over­lapped, and as I watched peo­ple par­ty on lav­ish shots in Miami, oth­ers walked the streets of New York City, and I could­n’t help but think­ing our sys­tem is broken.

I know that change is manda­to­ry, and I real­ize in the last few months of [cam­pus­es?] hav­ing rapes and mur­ders, and minor­i­ty killings, that we’re in a real­ly tough place. That there’s no free­dom when we have to nego­ti­ate the con­di­tions to sim­ply and safe­ly stay alive. Technology has yet to trans­form democ­ra­cy, but change is com­ing. Free thought requires free media, free media requires open access. Women, minori­ties, and trans­gen­dered need to be treat­ed eth­i­cal­ly and fair­ly to have the same priv­i­lege to write, lis­ten, speak, or cre­ate. We have the chance to shift the def­i­n­i­tion of some of the words which were once so con­crete, and the foun­da­tion of our soci­ety: trust, free­dom, equal­i­ty, and justice.

So this week starts on a real­ly chal­leng­ing note for me. All of the pieces are there, mov­ing around in what some­times feels like chaos, and we have to form these new mod­els and chal­lenge tra­di­tion­al ver­sions of rep­re­sen­ta­tion, even if they are just our own pre­con­ceived notions. And as I stand here, it is now almost 2015 in a few weeks. I am still thirty-three, I think, and still very much nav­i­gat­ing and fail­ing and falling, and try­ing to find a tip­ping point, or the tip­ping points, and real­iz­ing the answers will be in art, code, poet­ry, jus­tice, and some­times magic.

So that’s me in a nut­shell. If you’re inter­est­ed in see­ing my work, you can go to my web­site. If you have any ques­tions, please e‑mail me or tweet at me. And I’ll pass the baton now to the next lady. Thank you.