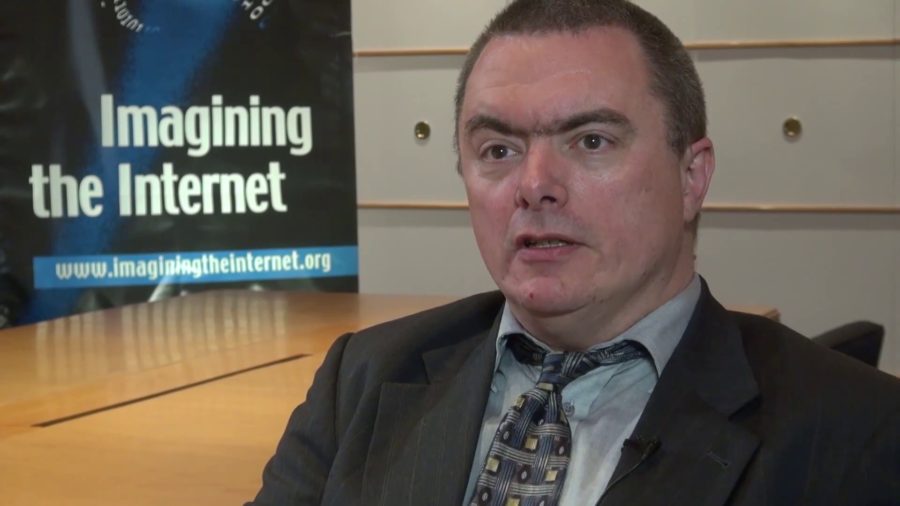 Paul Vixie: I think in my case, I took over the main imple­men­ta­tion of the DNS software—it’s called BIND—when its authors grad­u­at­ed from UC Berkeley. And I main­tained it for ten years. Then I hired peo­ple to rewrite it, and then I hired oth­er peo­ple to rewrite it again. And then it even­tu­al­ly got some com­pe­ti­tion, but I think with all the com­pe­ti­tion that BIND now has its mar­ket share has shrunk to 85% of the Internet.

Vixie: I think for me the first break­through moment was when I real­ized that there was­n’t any­one else work­ing on this and the pro­to­col was bro­ken. DNS was okay but it was an aca­d­e­m­ic, by and large, pro­to­col, and it need­ed some things done to it. And I had thought, since I start­ed out­side the IETF and out­side the pro­to­col devel­op­ment com­mu­ni­ty, I began work­ing on it as a pro­gram­mer, I thought that the rules were pret­ty well set in stone and it turned out they weren’t. So for me the break­through moment was when I real­ized that I could also write RFCs and extend the protocol.

Vixie: I would say that the Internet is…I’m going to about cli­mate rather than weath­er. I think that the sea is ris­ing. I think the we are melt­ing the ice caps of the Internet and we are slow­ly cook­ing our­selves to death. IP ver­sion 4 ran out of address space a few years ago. But no one…really cares. The peo­ple who’re build­ing net­works would rather go look for address space on the sec­ondary mar­ket and build their net­works out of dribs and drabs of non-greenfield address space than to bite the bul­let and adopt IP ver­sion 6. We real­ly have to have IP ver­sion 6 if we’re gonna be mul­ti­ply­ing by ten or a hun­dred ever again the num­ber of devices con­nect­ed to the Internet. And I know that’s what we all want to do. But it means we all have to joint­ly agree to bear the cost of that.

Vixie: My con­cern for the Internet is that we’re gonna balka­nize. You know, if you look at many fine times in his­to­ry when you took a nation and broke it up into pieces because peo­ple just could­n’t get along. So right now we’re liv­ing in what may be the gold­en era, where the same domain name that works in California works in Taiwan, and the same IP address if it’s allo­cat­ed to some­body then that allo­ca­tion is respect­ed and it’s unique world­wide. I think there’s a fair­ly good chance if we do the wrong thing with ICANN or if we do the wrong thing with the IP ver­sion 6 trans­for­ma­tion, that we’re gonna end up with a whole lot of lit­tle Internets and gate­ways in between them.

If the Internet has a hope of sort of grow­ing more like itself, larg­er, and con­tin­u­ing in its role as human­i­ty’s dig­i­tal ner­vous sys­tem, it is the open source move­ment. It is all those crazy kids and their Linux machines, and all of the code that they’re writ­ing, that allows them to sort of set the rules for what the future’s gonna look like rather than wait­ing for some big cor­po­ra­tion to do it for them.

Vixie: When I con­tem­plate ​“how do we get to the best pos­si­ble future of the Internet,” I am think­ing more in terms of inac­tion than action. I would like to encour­age delib­er­ate inac­tion in the form of keep­ing hands-off. I would like large com­pa­nies or nation­al gov­ern­ments to look at the Internet and say ​“This is pret­ty cool, and if we put our hands on it and try to make it what is gonna be best for us in our life­times, it’s going to cause every­one else to do like­wise.” And if every­one could just com­mit to the inac­tion of not pro­vid­ing the sheer force that will destroy some­thing that is real­ly extreme­ly coher­ent for what it is, then and only then will we get to the best pos­si­ble future.