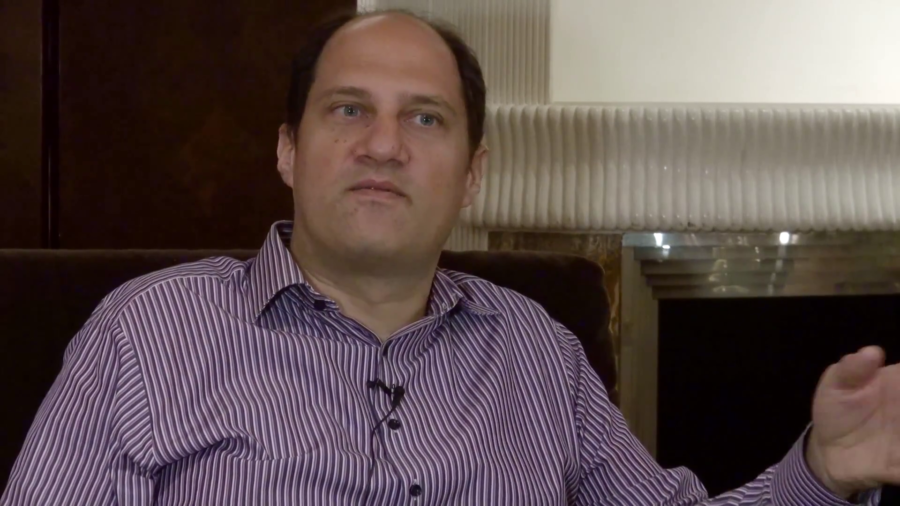 Michael Kende: Well I’m an econ­o­mist, and in the late 90s I was work­ing for the FCC—the Federal Communications Commission in the United States. And there was a series of merg­ers that took place between the big Internet back­bones of the time. Now a lot of them don’t exist or they were bought up, but MCI, WorldCom, UUNET, Sprint. And so I got involved in look­ing at the antitrust impli­ca­tions of those merg­ers. But that real­ly led me into the whole area of Internet inter­con­nec­tion. Because what was inter­est­ing at the time and is still true today is that these com­pa­nies oper­at­ed fiber optics and wires across the coun­try, and when they sent tele­phone calls over them they were reg­u­lat­ed, and when they send Internet traf­fic over them they weren’t. And we want­ed to make sure it stayed that way through­out the merg­ers. And so I real­ly got inter­est­ed in how these guys could inter­con­nect with­out reg­u­la­tion on the merg­ers, and real­ly that’s one of the top­ics I’ve stuck to. Then I went into con­sult­ing, did a num­ber of inter­est­ing projects for the Internet Society, and then I joined last August as the Chief Economist.

Kende: Well I think that real­ly it’s again this inter­con­nec­tion issue, that when I was at the FCC I wrote this paper called The Digital Handshake that real­ly talked about how this inter­con­nec­tion could work and self-regulate on the Internet using the same wires as they were reg­u­lat­ed on, as I said. But real­ly just it was one of the first papers that real­ly doc­u­ment­ed why the FCC and why one should­n’t reg­u­late this. And I’ve real­ly been build­ing on that, and even as the sys­tem has evolved over the last twelve, thir­teen years, it’s real­ly stayed the same. And so I’m quite proud of that one because it real­ly showed how the Internet could work with­out reg­u­la­tion, and I think it’s remained true today.

Kende: Well, I think it’s over­all sun­ny but some snow…Snowden clouds, I guess. Clearly there’s some issues. But I think there’s gen­er­al opti­mism that things are look­ing good and there’s bright sun­ny days ahead.

Kende: Well, I think we have to address the pri­va­cy and secu­ri­ty issues that’ve come up. I think that you know, so much of what we’re doing in our lives we’re putting on the Internet, and we have to be sure that the things that we want to remain pri­vate remain pri­vate, when want to be anony­mous it remains anony­mous. So I think that we need a sim­ple and easy way to pro­tect our infor­ma­tion and make sure that it stays safe as we increas­ing­ly put our lives online, as we increas­ing­ly inter­act with our banks, with our gov­ern­ment, with every­thing online. So I think that that’s going to have to be addressed, and I’m sure it will be, and the Internet Society will play its part.