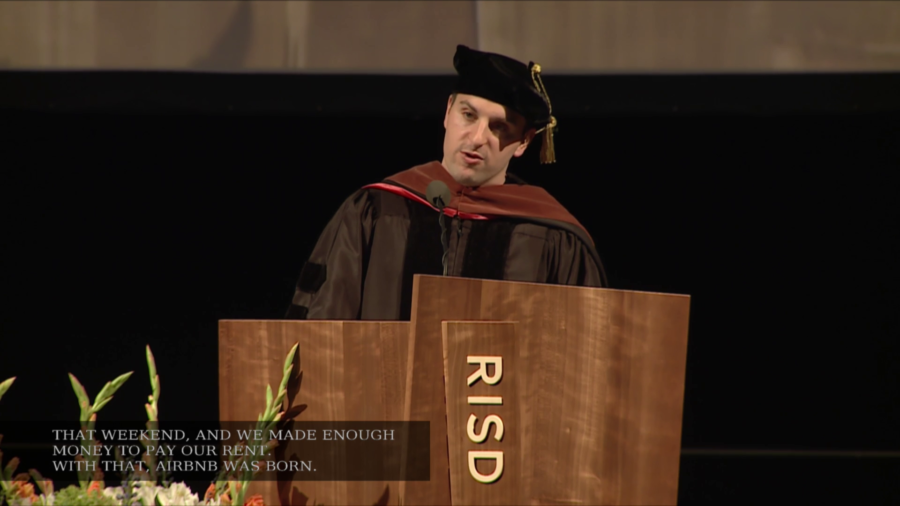 I found out that RISD had a hock­ey team called the Nads. Apparently, it was cre­at­ed by some stu­dents in 1963 who named the team the Nads as a joke, so that when you cheered, you chant­ed, ​“Go Nads!” And that’s when I knew RISD was the per­fect school for me.

In the future, we have to change the way we look at con­sump­tion. That’s why I’m such a big pro­po­nent of the shar­ing econ­o­my. Because it’s not an issue of if it’s going to hap­pen, it’s when it’s going to hap­pen. And I’d rather peo­ple vol­un­tar­i­ly adopt it now and start real­iz­ing the ben­e­fit of it now while we’re still in this kind of rel­a­tive land of plen­ty, than be forced into it lat­er when all of a sud­den there’s not enough water to cov­er Phoenix any­more because it’s a huge city in the mid­dle of a desert and they have to go on water rationing.