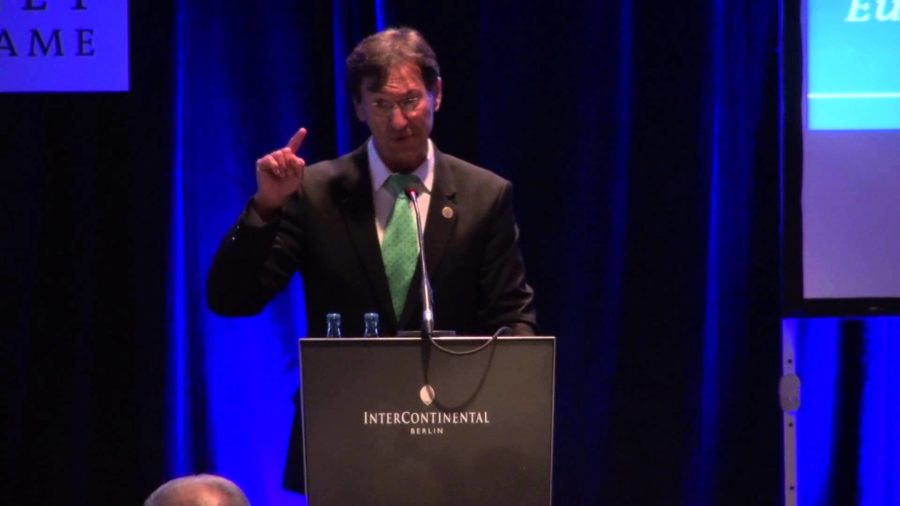 Good evening every­one. I come from CERN, the place where we dis­cov­ered the Higgs boson. You know, the god par­ti­cle that fills the entire vac­u­um between mat­ter par­ti­cles and which gives mass to those who deserve it.

CERN is a place where we try and under­stand where the uni­verse comes from. And to do that we need tech­nol­o­gy. This is why we devel­oped the Web. But we also need net­work infra­struc­ture. And this is why we con­tributed to the cre­ation of the European Internet.

This is why I am here tonight. This is with huge pride, but also with great humil­i­ty, because it was a col­lec­tive under­tak­ing. Kees, Werner, Teus, myself…through us this award also goes to all those in Europe who helped cre­at­ing the Internet. Just to name a few, Peter Löthberg, Bernard Stockman, [? Geisen?], Peter Villemoes, Dennis Jennings, Olivier Martin, and so many others.

But back to the Web. Many of you prob­a­bly now that in ​’93 CERN put the Web soft­ware in the pub­lic domain, in ​’93. In ​’94, when Tim Berners-Lee left CERN to MIT, I took over [for] him. My third job was to release the next ver­sion of the Web. So ver­sion 3, the famous ver­sion 3. But we had learned. We lis­tened. We heard what you reached out—were telling us. And I released ver­sion 3 as free soft­ware. It was the first time. But look, there had been a year of vac­u­um, a prop­er­ty vac­u­um for the Web soft­ware, where any­one could have tak­en it away and denied oth­ers to use it freely. But this did not hap­pen. Why? Why did it not hap­pen? Maybe because just the vac­u­um is not emp­ty. It is full of Higgs bosons. Thank you.